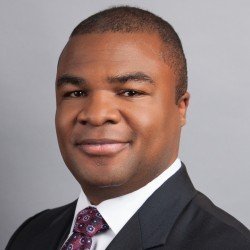 Just out of college, Jared spent his first 3 years as a Business Development Manager for a Technology company and a financial advisor for Merrill Lynch. However, not being fulfilled in these professions Jared was convinced to enter the automobile industry.

Jared spent the next 8 years working his way up the ladder in the retail automobile industry in groups such as Buz Post Auto Group, Moritz Auto Group, DriversSelect, Teape Auto Group and finally the Manual Automotive Group. He held every position in the variable operations from salesperson, to F&I producer, Special Finance Director, F&I Director, Salesmanager, and General Sales Manager.

Jared has a Bachelor Degree from Texas Christian University (TCU) and a MBA degree in Finance from Devry University’s Keller School of Business. Jared holds a Property and Casualty insurance license and is also AFIP Certified.

If you are interested in first year earnings in the high five figures and potential career salaries well into the six figure incomes annually, then First Innovations has your opportunity.