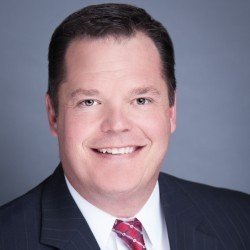 Mark is a top automotive retail-experienced individual. Mark directs and coordinates all of the marketing and sales operations of First Innovations’ finance and insurance income development nationally and oversees all of our active accounts in 12 states.

After college, Mark entered the automobile industry on the retail side for a large dealership group in Houston, Texas. Mark worked his way up the ranks and became the Director of Finance for one of their dealerships.

He was promoted to open one of their new dealership acquisitions in Austin, Texas, where Mike Edwards recruited him in 1995 to be Director of the F&I training programs for Texas Automobile Dealers Association’s endorsed company. He was eventually promoted to Director of F&I Development.

He returned to the retail side in 1998 as the GSM for a large dealer group in Austin, Texas. He managed their Nissan dealership and then their Lincoln Mercury dealership before acquiring his own Leasing Company. Mark was very successful with his leasing company, but was forced to sell it when his major flooring and financing source, GE Capital, pulled out of the independent leasing business.

Mark played college basketball and baseball. He received his formal education at Colorado State University, in Marketing and Finance and is AFIP Certified.

If you are interested in first year earnings in the high five figures and potential career salaries well into the six figure incomes annually, then First Innovations has your opportunity.